Jim Wright, the sole person who created and operates several pseudo “advocate” websites which deceptively set themselves up to be abuse support organizations, has a long history of spreading lies, defamation, verbal assault, bullying, harassment against women, and emotional abuse (including against his ex-wife and estranged adult children: source – crossroadjunctionwatch.com, article “Jim Wright, Elder?”).

Wright also has a blog called CrossRoadJunction where he routinely lies about people he doesn’t like (and doesn’t know personally).

After Facebook removed his OrganicSower Facebook page because of consistently spreading defamation against the same group of people relentlessly, Wright created another Facebook page which serves as a deceptive front for spreading his slanderous allegations. The new Facebook page is called “Plumbline Faith” and it uses the symbol below, falsely marketing itself as “simple faith, simple virtue, and simple church.” Wright uses Facebook ads to bolster the “likes” on this page, but few of the people who liked this page know who Wright is or his history of abuse and excommunications.

Wright touts himself to be an expert in “simple church” and “organic church.” Despite that Wright has little personal experience in simple church and was excommunicated by over 30 leaders of the simple/organic church movement, Wright’s method is to post innocuous statements about faith and politics on his Facebook page, then he posts his lies and slanderous attacks against the people he hates.

The Facebook abuse team has been monitoring Wright’s activities on social media. His personal Facebook page has been shut down over four times for defamation, harassment, and abuse.

The many victims of Wright’s lies and abuse have not been silent. In 2013, they bravely exposed his sins against them and others, most of whom he has no personal relationship with and has never met.

Wright’s victims have spoken out and their names appear in the warning/excommunication document on this page signed by over 30 respected Christian leaders.

Wright has been banned from more than 10 Facebook page groups for his unrepentant pattern of emotional abuse, bullying, fabricating false and absurd allegations against people he doesn’t know, and verbal assault.

This site contains facts, quotes, and testimonies by the many victims of Wright’s abuse who have stood strong against his atrocious tactics, including links to genuine sex abuse advocates who have exposed Wright’s deceitful impersonation to be an advocate himself.

A letter signed by over 35 Christian leaders exposing the gross sins of Jim Wright and urging Christians to not listen to, follow, or friend him online was published after numerous attempts to urge Wright to repent.

This website will come down when Jim Wright removes his slanderous articles and so will the associated links at the bottom with responses to all of Wright’s smears, lies, and fabrications.

Here is an excerpt from the “Warning Against Jim Wright” signed by over 35 Christian leaders in 2013. 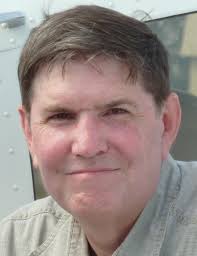 “Jesus also commanded His followers to break fellowship with a person if they will not repent, but instead, insist on hurting others (v. 17).

While Matthew 18 applies to a local situation, the principles that Jesus outlines in that text apply to matters that are more universal in scope.

Many of us have been correcting Jim Wright’s misrepresentations, distortions, and slanderous remarks for well over a year now. Mr. Wright has had many opportunities to receive our correction and to repent. But he has instead chosen to continue to slander and malign members of the body of Christ.

This is not a letter that any of us wished to write. However, seeing that Jim Wright has caused so much harm to the body of Christ, to our friends and to their families, we feel compelled before God to warn all followers of Jesus as Scripture states.

“Warn a divisive person once, and then warn them a second time. After that, have nothing to do with them.”

But now I am writing to you that you must not associate with anyone who claims to be a brother or sister but is sexually immoral or greedy, an idolater or slanderer, a drunkard or swindler. Do not even eat with such people.

“Now I beseech you, brethren, mark them who cause divisions and offenses contrary to the doctrine which you have learned; and avoid them.“

Of course, “the doctrine we have learned” is love. And love always thinks the best of others and treats them the same way we wish to be treated in every situation (Matthew 7:12, also see 1 John).

Jim Wright’s History of Slandering Others & Employment of Unethical Methods

This dubious and dishonorable tactic of character assassination has been Jim Wright’s pattern with others. For instance:

* In the last church that Jim Wright was a part of, he spread slander against his pastor and staff after his attempts at getting into the church leadership were rejected. The church excommunicated Wright for the sin of slander and causing division.

* Previous to that incident, Wright was part of another church where he spread outright lies and distortions about the staff after his attempts at getting into the leadership there were also refused. Two of us spoke to these pastors and heard their sad stories. One of them said, “Jim Wright has caused a lot of trouble for some of the pastors in our community. He distorts and exaggerates.”

* There are other incidences that hit much closer to home with respect to Wright’s personal life involving his divorce, etc. Details can be found at CrossroadJunctionWatch.com in an article called “Jim Wright, Elder?”.

[One example: According to one researcher, Jim Wright’s sin is all the more serious and hypocritical because Wright’s wife divorced him due to psychological and emotional abuse. Wright slandered his ex-wife publicly and was reprimanded by a judge to cease and desist. The court conflicts between Jim Wright’s ex-wife and him are still ongoing.]

* In 2012, Wright made a big deal on his blog and Facebook page about a church “scandal.” He claimed that 6 staff members were involved in a sex scandal and that it was a “huge” case, one of the largest of its kind. This was a huge distortion of the facts. It wasn’t even a sex scandal but an employment discrimination case.

* Wright is accountable to no one.

* Since 2012, Wright has been banned from 10 Christian Facebook groups for harassing, bullying, abusing, misrepresenting, and maligning other Christians with false accusations.

* According to research, Jim Wright created fake Facebook accounts and used them to join the Facebook groups from which he has been banned: namely, Joe Ashton and Adam Bartmann.

* Wright has been misrepresenting Christian authors Frank Viola, Jon Zens and Milt Rodriguez since 2012 and in 2013 began to make false and outlandish allegations against each of the men. He has also falsely attacked Felicity Dale, Hal Miller, Bart Breen, Keith Giles, Ken Eastburn, and Christopher Kirk. Links with detailed responses to the accusations appear at the bottom of this article.

The Scripture is clear that slander is just as serious as a sin as the other works of the flesh listed in the New Testament (murder, adultery, etc.) – all of which bar one from inheriting the kingdom of God if not repented of (see Galatians 5:19-21; 1 Corinthians 6:9-10).

Also, to spread slander or provide a venue for it is to participate in this sin.

In the Spirit of Jesus Christ, therefore, we beseech all of God’s people to not give Jim Wright an audience for his persistent lies against members of the body of Christ. Many people have defriended him from Facebook because they are tired of being poisoned by his slander against others.

Until Jim Wright repents and willingly removes his slanderous blog posts and websites, we will leave this warning up. We also will not give him an ear to his slander nor will we engage him. We encourage you to do the same as Scripture instructs:

“Warn a divisive person once, and then warn them a second time. After that, have nothing to do with them.” Titus 3:10

“Now I beseech you, brethren, mark them who cause divisions and offenses contrary to the doctrine which you have learned [love], and avoid them.” Romans 16:17

If your brother or sister sins, go and point out their fault, just between the two of you. If they listen to you, you have won them over.  But if they will not listen, take one or two others along, so that ‘every matter may be established by the testimony of two or three witnesses.’ If they still refuse to listen, tell it to the church; and if they refuse to listen even to the church, treat them as you would a pagan or a tax collector. Matthew 18:15-17

“There are six things the LORD hates – no, seven things he detests . . . a false witness who breathes out lies, and one who sows discord among brothers.” Proverbs 6:16,19

But now I am writing to you that you must not associate with anyone who claims to be a brother or sister but is sexually immoral or greedy, an idolater or slanderer, a drunkard or swindler. Do not even eat with such people. 1 Cor. 5:11

For the past two years, I witnessed Jim Wright viciously bite and attempt to devour the body of Christ through his blog and in every Facebook group where he was a member. His words are cutting, divisive, deliberate, demeaning and slanderous, also destructive to the peace and rest of the saints in Christ. I have been shocked by his outright hatred of the saints and his arrogant pride with which he lifts himself up by trampling down others.

Jim Wright’s caustic behavior made me shutter, so whenever a group allowed him to join, I would promptly choose to leave those groups. I also defriended him on Facebook. However, from time to time, I would check on his activities. I noticed that his hatred and slanderous public statements about some dear brothers and sisters in Christ was rapidly increasing into an extreme and serious state. Due to what I witnessed online by Mr. Wright I became greatly concerned for the body of Christ, and this is when I decided to rejoin a group to better watch his activities among the saints online …

Eventually, the slanderous attacks and outright abuse of the saints escalated far out of control, and that is when I finally witnessed that more people in the body of Christ began to rebuke and reprove Jim Wright, also Keith and Jeanne Smith. It is with a deep sigh of relief that I now see that the body has fully come together to expose these Cyber-bullies of the saints. Thus, it is my great pleasure to sign this letter in hope to protect others from Jim and his cronies. May this public sin be stopped by all the saints uniting and standing together, by the power of Christ in us, to the glory of our Father and His beloved Son who lives in us. Father’s pleasure be done!

The names of those who have signed the warning & excommunication document, including a statement of disapproval of Jim Wright’s sinful behavior by Tony and Felicity Dale, are

Who is Jim Wright?

Some “Sexual Abuse Advocates” Are Wolves in Sheep’s Clothing

The Moral Majority Rejects Jim Wright in the 1980s